Best Pets Info writers and editors independently research, test, and recommend the best products for you; you can learn more about our full review process here. We may receive commissions on purchases made from our chosen links. 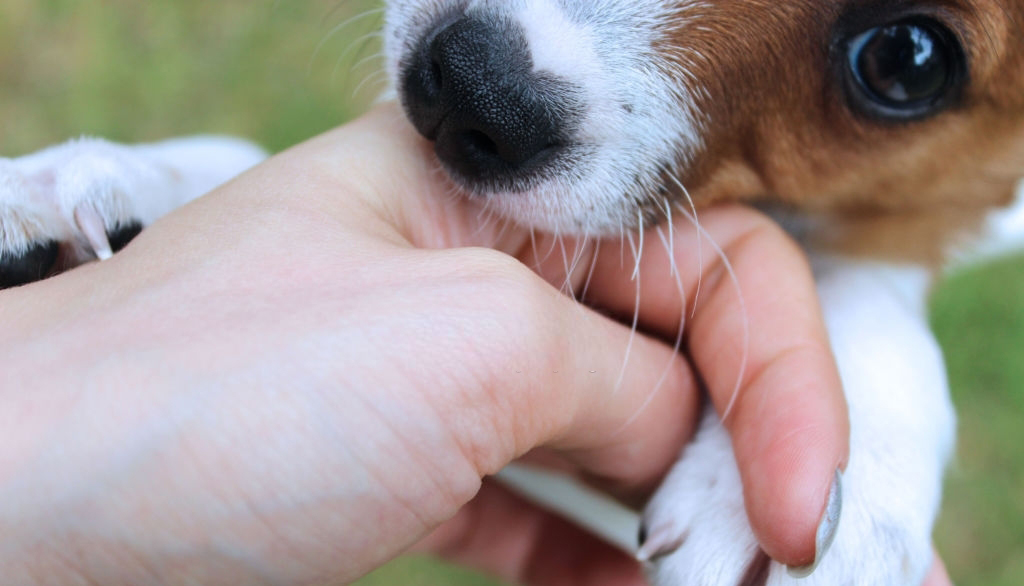 You might know that dogs are considered as great canine companions of humans due to their loyal and supporting nature. Probably, for this reason, dogs hold the first position in number as pets around the world!!! And amazingly the dog population is increasing day by day.

There are more than 52,000,000 dogs in the United States alone. Approximately one-third of all homes have a dog as a pet there. 26% of UK households own a dog according to data released by the Pet Food Manufacturers’ Association (PFMA) in 2018!!!

But, It’s no surprise that man’s best friend, the dog, might sometimes become aggressive, they can attack or bite someone. And these bites can range from funny nibbles to deadly wounds which may put victims in hospital, or even can cause deaths… Moreover, some infectious diseases such as zoonotic and rabies can be transmitted to victims through dog bites.

It’s alarming that approximately 4.5 million dog bites occur in the United States each year, and 800,000 of those bites result in medical care according to a study from the Center For Disease Control (CDC). You might be frightened knowing that the dog holds the 4th position as a life-threatening creature, and cause around 35000 death of people yearly across the world according to a statistics.[source]

So, whether you’re a dog owner or not, knowing the statistics and some important facts regarding dog bites can help you to remain aware and handle unexpected situations if they happen.

Jump to the Content hide
1 Why Do Dogs Bite?
2 Which Dog Breeds Bite the Most?
3 Dogs Bite Satistics by Breed
4 The Top 10 Eye-Opening Dog Bite Statistics
5 How many people died from dog bites in 2021
6 What breed of dog has killed the most humans
7 Which dogs attack their owners the most
8 How to protect yourself from dog bites?
9 What dog is least likely to bite
10 Conclusion

Why Do Dogs Bite?

It is important to keep in mind that every dog is capable of biting whatever their age or breeds, how friendly they are or not… But, why do they do that?

Several factors can lead our sweet pooches to bite someone while being hostile.

Which Dog Breeds Bite the Most?

While it’s a reality that every dog is capable of biting, some dog breeds are inherently just more prone to commit attacks causing severe injury no matter how well-trained they may be. Many family dogs have a record of attacking their owners or family members. So, when it comes to having a pet, you should take into account the information about dogs’ characteristics by breed.

According to Dogsbite.org, the pit bull tops the list of biting in the U.S. Some other breeds also have a bad reputation as they are most likely to bite humans: have a look at them!!!

Let us check the statistical period of 2005 to 2021 about dogs bite by breed in America reported by Dogsbite.org.

The following table Illustrates the breeds of dogs involved in fatal attacks on humans over those 13 years. 20 different dog breeds each inflicted 1 death (0.2%) are excluded from this table.

How many people died from dog bites in 2021

Worldwide, approximately 59,000 people die from rabies every year, and according to the World Health Organization, 99% of rabies deaths are related to dogs. In the United States, fatal dog attacks usually cause the deaths of about 30 to 50 people in U.S. each year. According to the record of DogsBite.org, there are 5 people (till March 20) who died due to a dog-bite in 2021.

What breed of dog has killed the most humans

When it comes to dog attacks by breed, the Pit Bull is responsible for the highest number of them in the U.S. Dogsbite.org shows that during the 15 years from 2005 to 2019, canines killed 521 Americans. Pit bulls and rottweilers accounted for 76% (397) of these deaths. According to CDC, pit bull dogs were responsible for 67 percent of fatalities between 2004 and 2007 around the world……..

Historically pit bulls have been bred to fight. They’re extremely powerful and carry out crushing bites to humans when attacked. Because of detrimental effects, these dog breeds are banned in many countries worldwide.

Which dogs attack their owners the most

Do you own a pooch with whom you have a strong emotional bond? Surely you both love each other. Sad to say, your beloved furry friend could approach you as, ultimately, it is an animal. You would be despondent knowing that many people died due to being mauled by their dogs!!!

How to protect yourself from dog bites?

No matter whether you have a family pooch or not, whether you’re inside your home or walking outside, it’s sometimes inescapable from encountering dogs. From the aforementioned information, you already know dogs can approach people for some reasons that are unavoidable or not understandable for us always.

Therefore, you need to learn some tips to deal with an approaching dog, avoiding encounters with dogs, blocking an attack, and approaching a dog the right way to protect yourself.

Well, many pet experts recommend some measurements that I have put together here to take if you’re ever approached by an aggressive dog!!!

1. Ignore the dog: It’s safe to avoid any dogs if they’re not your family pet. That means don’t make eye contact with them, don’t try to talk to them. Don’t engage yourself with nearby dogs particularly when they’re fighting, playing, eating, or sleeping.  It’s best to quietly walk in the opposite direction. Your presence can surprise them and might attack you then. Even, your family dog can be aggressive if it finds you threatening especially during its eating or sleeping time.

2. Don’t run: If a dog approaches you don’t try to run as the dog will consider you more threatening and prey to chase down. You should stay frozen like a tree or walk away gently.

3. Don’t make a fight: If any dog attacks, you shouldn’t resist by kicking or blowing it, because it may make that animal more hostile and bite you harder. Rather, lift your knee or elbow in front of your body to protect your torso and face.

4. Roll into a ball: Though it’s scary to lay down in front of a dog mauling you, but believe, it’s the safest option during that time. Just pretend like you’re dead, curl yourself tightly as much as you can, then very likely that hostile dog will not find you as prey and release you…

5. Use basic commands: Uttering some basic commands like ‘No’, ‘Stop’, and ‘back’ can work sometimes. But, you have to say them with a commanding voice, not with a friendly or screaming voice.

What dog is least likely to bite

Though it’s a fact that every dog is capable of biting, they’re also our great companions as a pet, especially for kids. Fortunately, there’re some dog breeds least likely to bite because of their less-aggressive inherited traits.

Here I will introduce some dog breeds that are reputed as “best family dogs” according to pet specialists and trainers.

Labrador Retriever: This breed has a reputation for smartness, playful and faithful traits. They are the current most popular breed in the U.S. compiled by the American Kennel Club. They’re skilled enough to guide the blind.

Golden Retriever: They’re also greatly known as one of the friendliest dog breeds because of their kind, loyal and confident traits.

Collies: They’re adorable for their nice coat. Playful, energetic, and lively nature make them perfect to spend time with.

Newfoundland: These breeds can be a great match for your family especially for kids due to their gentle, affectionate and reliable nature.

Boxer: Though these breeds are large, but not scary. They’re renowned for patience and protective instincts. They’re awesome family pets with proper training. Kids can spend a great deal of time with them safely.

Beagle: They are a calm temperament that makes them very popular as a family-pet around the world. They’re very energetic, sociable and friendly by nature.

I hope you’ve found this write-up beneficial to enrich your knowledge about dog-bite!!!

Even so, we all have risks of getting bitten by dogs any time, Dogs have taken place in the core of our hearts as best canine companions!!! However, having a pooch is amazing, but not easy. So, it’s recommended to gain proper knowledge and training before owning a dog. Because, attacking people is not always dogs’ fault, sometimes ours as well. Proper training, environment, and owners appropriate behavior to them can reduce the risks of dog biting. Along with these, our consciousness, preventive measures, and teaching our kids how to behave with dogs are equally important. Moreover, people not owning a dog also remain aware of dog bites as dogs are always around us.

BestPetsInfo is a participant in the Amazon Services LLC Associates Program, an affiliate advertising program designed to provide a means for us to earn fees by linking to Amazon.com and affiliated sites.